The Things Life Decides to Give You Edit

Person 1: But why is it offensive? There is nothing "offensive" about it.

Person 2: But offensive also means "having to do with attacking".

P1: There isn't much attacking; that's what the Arena is all about.

P2: True, but there are a lot of enemies in the Cave, so it guess it kind of makes sense.

P1: But does that mean that The Arena should be called "Great Arena Offensive"?

The closest to Indiana Kirby was the Whip ability.

One of these images is not like the others. Edit 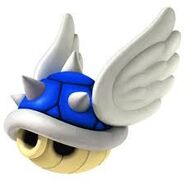 Add a photo to this gallery

Facts about something Edit

Augustus was one of the emperors of the Roman Empire.

You are either reading this on a phone, tablet, iPad, computer, laptop, desktop, or something else with a screen.

Trees grow in the ground.

You are most likely human.

This is called "Facts about something".

A penny will NOT kill someone when dropped from the Empire State Building, and won't derail a train.

So far, the things we've done are: Introduced this page, stated things that life can give you, pondered about the Great Cave Offensive's name and switched to Indiana Jones, searched for a different image, and now we're just listing facts. What's next, another heading will appear?

You are correct. Edit

Your painting is staring at you, I lied. 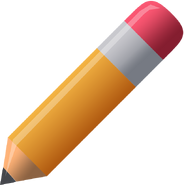 This pencil is not pointless.
Add a photo to this gallery

What will come next?

Altitude does not compute in the BATHROOM!...…….

One time, long ago, in the faraway land of Gerstandgizforlorntisihuminawrantzburgtownvillecityextrainsertnamehere, Z Metropolis for short, an eraser suddenly grew legs and ran around. He entered the quiet Crescentia Valley and found a few deer. But oh no, he was not an eraser, but he was a ghost! Nothing happens. So he turned into an eraser, and.....a man picked him up and threw him in fire the end. NOT, you thought this would be the end with many more lines to go? Then he did kickflips in the air while on a pogo stick, writing notes on a silver broken abacus and wearing a coconut crab as a hat, all while shouting " BARDS! YOU NEVER GAVE ME THE PAPER I REQUESTED! NOW, YOU WILL NOT PAY, BUT YOUR KING MOST DEFINITELY WILL, 555 DOLLARS! If you don't I'll steal your N64 and punch you with the controller. Just kidding, but I will steal that console if you don't PAY! AAARGHGFJJGFJKGFKKGKGG WHATS UP IM LEAVING TO BADLANDS AND I WANT A CAULIFLOWER TO GARDEN HELLO AND, GOODBYE TOOTALOO SCOOTALOO BYE! NO." The king paid his $555, only after the man stole his Nintendo 64! He fed it to Kirby, which also did nothing and the creature ran away. Next, the king said "Dinner." and exploded. The man decided to run a lemonade stand, and up waddled a duck, it said "Got any grapes?" No, the man didn't say no but rather led him to a patch of grape bushes that he could eat from every day. The man for some reason ran from Z Metropolis and made the Teletubbies, four binturongs, Navi and Osaka drink his lemonade, saying to them "ITS FREE! no pay now." But the yellow cat from Osaka's fantasies came and the man ran, ran so far away, couldn't get away and the cat said "Levititus, wish I were a bird.....Simple, howareyoufinesankyou." The man shouted, "DEOXYRIBONUCLEICS DEOXYRIBONUCLEICS DEOXYRIBONUCLEICS DEOXYS SAVE ME, SAVE ME HEROES PLEASE!" He exploded, and then the cat, and then the ones who were fed lemonade, and then the duck, and the grapes, and the king again even though he already exploded, and Kirby, and the coconut crab, and the eraser, and the ghost and the deer and the guys who sing I get knocked down and deoxys and then all of the things on Z Metropolis. End of the world, but not the end of our world. End of story. Not the end of this long run-on paragraph. THE END, for real this time. end

When I go to school,

I bring a heavy backpack.

A wear that item

instead of a tattered old sack.

so I take it off,

then it hurts, but I leave it on

and finally I arrive home

where I take it off.

Until the next day...

An electronic slider will burn at the temperature of Fahrenheit 856493590. Note that this facts false. (but then it isn't a fact?)

Check out these pages: one two three four five

Want to play games? Then go to twilight zone

Want to get scared, or laugh at something that fails at being scary? Here: this category

A stick can fit into more than one place...

Retrieved from "https://the-wiki-of-everything.fandom.com/wiki/THE_SUPER_CRAZY_AWESOME_RANDOM_EPIC_PAGE?oldid=7959"
Community content is available under CC-BY-SA unless otherwise noted.